Eight years ago today, my wife and I were celebrating. We had just learned that we were going to be moms, that I was finally pregnant. I was equally terrified and thrilled. That night, at our New Year’s Eve dinner, I gleefully replaced my usual cocktail with a mineral water. I felt both giddiness and nausea when I attempted a sip of champagne at midnight. It was the best start of a new year of my life.

Four years ago, I spent New Year’s Eve by my son’s hospital bed, watching him lie there so very sick from his bone marrow transplant. His liver was causing problems. He was sleeping nearly all the time. He was hooked up to morphine and IV nutrition, drugs that would help his body accept the new marrow, antibiotics, antivirals, antifungals, an experimental drug meant to save his liver. He had two IV poles. He also had mouth sores, rashes. He had not a single hair on his body. I was equal parts terrified and hopeful. If he survived this, we might just have our boy back. We rang in the new year with a fever and his nurse drawing blood cultures to ensure his central line wasn’t infected. That was my most terrifying New Year’s Eve to date.

But another year is leaving without him. We spent time with family over the holidays only to feel his absence all the more keenly when his little sister played with all of her girl cousins while her one boy cousin played by himself. He is six. He should not be the only boy in our family. There is a gap in their generation where Caemon should be, and each time all of our family’s kids are together, that gaping Caemon-shaped hole sucks me in, and even as I celebrate my daughter’s joy at having so many adoring cousins, I ache with my son’s absence. I want to be present, but half of my heart will always live where he was alive. Were I in some sort of science fiction novel, I might travel back and forth between my two children or steal him away from another parallel universe to have my two kids together. But I know that is not to be.

And while I may not have the capacity to move through time or flit between realities, I do have my dreams. The other night, as I slept next to my daughter, I dreamt of my son. I knew he was coming to visit for a short time, that I would not get to keep him, but I also knew I would be able to hug him. I couldn’t see his face, only his body and the back of his hair. He was a bigger boy–probably seven. I remember being at peace with just a quick hug before he had to go. He only spoke a few words, which I cannot recall, and then we embraced. He still felt like mine. In my sleep I also pulled my daughter close, and for just a moment, I felt whole. 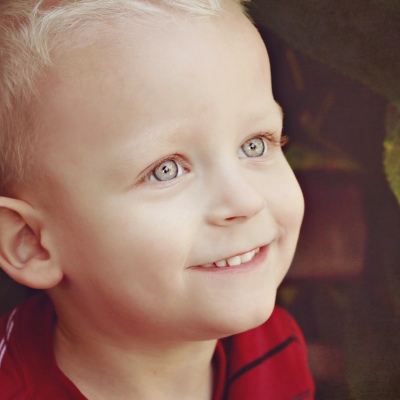 Image by In Her Image Photography.